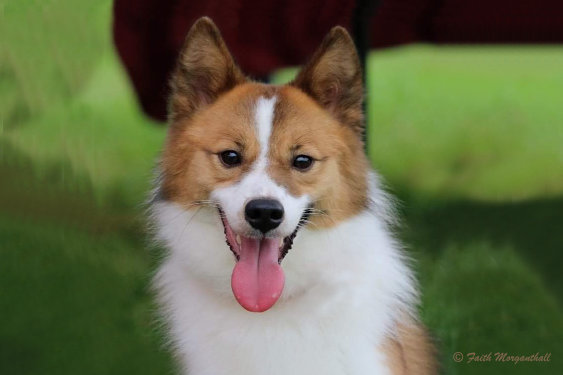 The alert and attentive Norrbottenspets has recently joined the Breed Archive platform.

The Norrbottenspets is a hunting dog developed from ancient laika-type Spitz dogs and takes its name from the region of Norrbotten (North Bothnia) in north-eastern Sweden, "spets" being the Swedish spelling of Spitz.

This breed uses sight, scent, and hearing to hunt game from mink to moose, holding the game at bay while barking so that the hunter can track it.

Nearly disappearing in the 20th century, the Swedish Kennel Club declared the Norrbottenspets extinct in 1948, and it was not until the 1960s that enough specimens were found to declare the breed preserved.

The Norrbottenspets is a small, dry and strong muscled Spitz dog with head carried high and fearless in temperament. This weatherproof breed has a great need for exercise, is a friendly companion and with consistent training a good family dog.

But keep in mind that this is a very vocal hound, being bred to have high-pitched, rapid barks that help the hunter locate his dog while hunting in the forest, but also confuse the game and allow the hunter to approach undetected. "Tree barking" is another passion of this small Nordic Spitz.