A warm welcome to the Min Pins! 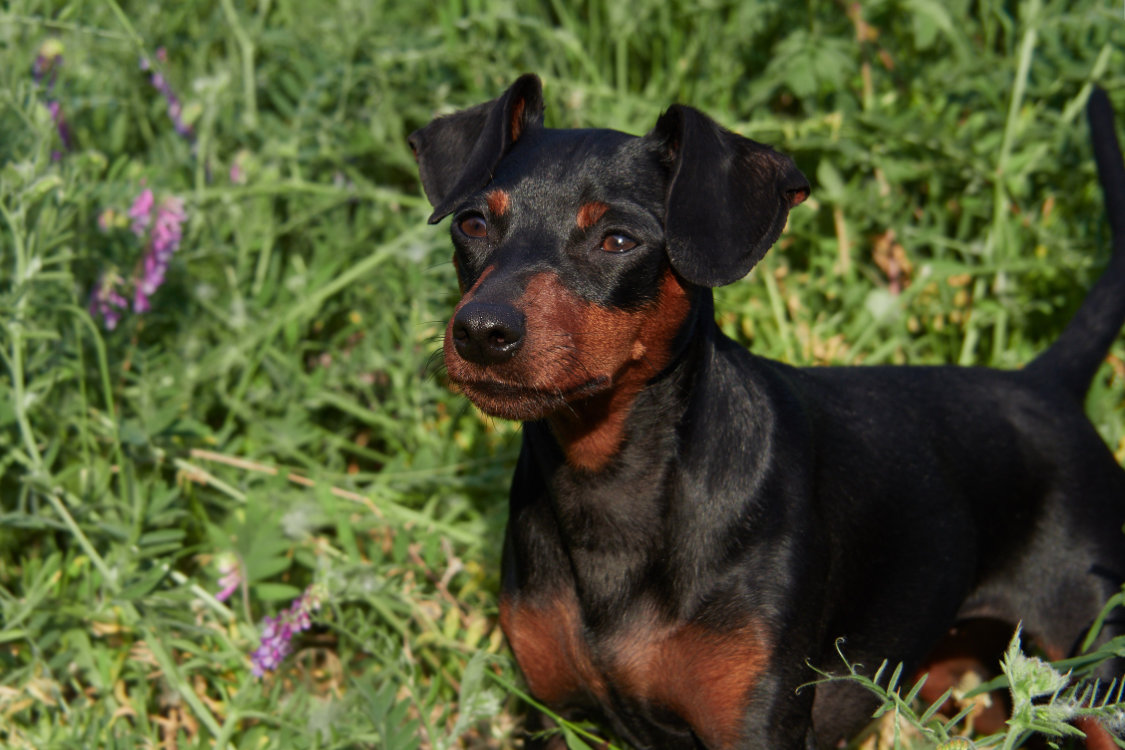 The lively and spirited Miniature Pinscher has recently joined The Breed Archive family.

The Miniature Pinscher is an old breed that has appeared in many ancient paintings and sculptures. The breed originated in Germany and was kept in large numbers around the turn of the century as efficient ratter.

It is believed that the ancestors of the Miniature Pinschers include a combination of the smaller German smooth-haired Pinscher, the Italian Greyhound and the Smooth Dachshund.

This breed has many nicknames, including 'Min Pin', or 'King of Toys'. In Germany, the country of origin, they are called Zwergpinscher and sometimes Rehpinscher for stag-red coloured dogs – 'Reh' referring to a small red deer found in European forests.

The Miniature Pinscher is a fearless, joyful, self-assured toy breed with shiny coat and a well-balanced, compact physique.

In the USA and the UK the Min Pin has been developed with a high-stepping "Hackney" action, reminiscent of a Hackney horse at the trot. However, the FCI Standard judges the Hackney gait to be a fault.